Let the Spirit of Community Prevail

The recent divisive election impacted many, especially underserved groups such as immigrant and refugee communities. It is a good time to ask what we can do to make our neighborhoods, streets, places where we gather, a welcoming place for all. There are many ways to nurture goodwill which helps to cultivate hope in difficult times.  Our nearest neighbors are a great place to start. It could be taking the time to greet those who you have not had the opportunity to meet or chat with.
Promoting inclusion, connection, and compassion shows how people turn a place into a community.
Thank you for your commitment to community!
~Warm holiday wishes to all

Support Transportation Improvements in your Neighborhood

Metro is seeking your input about transportation projects competing for regional funding through November 7.  The Portland Bureau of Transportation submitted several projects for complete streets to Metro to compete for Regional Flexible Funds. Below are 3 projects that propose improvements in Central NE neighborhoods:

Project Proposal Deadline: Nov. 14, 4 PM.
If you were not available to join the September workshop and want to get feedback on a project or have questions–please contact Sandral@cnncoalition.org 503-823-2780.
More information is on our  Small Grants page.

Home is Where the Heart Is Project

In partnership with Rose City Park Neighborhood Association,  Living Stages Theater will present an interactive theatrical forum “Home is Where the Heart Is” engaged community members in conversation about ideas, values, and assumptions related to “home”.  The forum was held at the Rose City Park meeting in June.  During the forum, community actors from Right to Survive, an organization created by and for members of Portland’s houseless community, presented a short scene to share some of the challenges homeless individuals and families face in day-to-day survival. Members of the audience were invited to stop the action of the scene and step onto the stage to propose their ideas for possible solutions.

This program was made possible with a Small Neighborhood Grant from Central Northeast Neighbors, and a grant from Oregon Humanities (OH), a statewide nonprofit organization and independent affiliate of the National Endowment for the Humanities.

Living Stages is a Portland-based 501 c3 arts organization committed to the practice of interactive theater as a process for community engagement, action and transformation.

“As long as social injustice exists, ours is an unfinished theater,” says Tamara Lynne, Living Stages Creative Director. “We hope to inspire action not only on the stage, but in real life— to help communities transform this situation and create neighborhoods where all individuals feel safe, and can have a sense of home.” 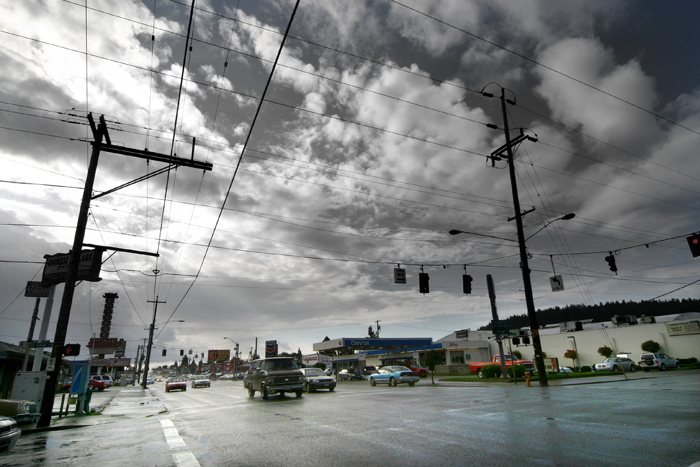 In response to the latest wave of concern about Portland’s air quality, The Cully Air Action Team (CAAT), in collaboration with Portland Clean Air, has developed a user-friendly presentation about how citizens can research:

> who their nearby air polluting industries are

> which government agencies issue permits to their operations

> how to obtain those permits

> what to do once you have the data

The presentation runs about 30 minutes and comes with a guide put out by Portland Clean Air.

Please let us know if you are interested in hearing this presentation at your next gathering. Contact Alma Velazquez : advelazquez@comcast.net.

The Multnomah County Health Department (MCHD), Oregon Department of Environmental Quality (DEQ), and Oregon Health Authority (OHA) are collectively working to investigate sites in Portland with high arsenic levels detected in the initial, experimental, moss testing method reported in late February. The agencies developed a method to decide which locations to investigate first, using relevant air toxics data and information about vulnerable populations. Here is the set of criteria by which agencies will prioritize hot spots identified in U.S. Forest Service moss studies for further investigation (CNN had 3 hot spots). Current projections are that validated information from the US Forest Service moss study will be available this summer. DEQ and its partner agencies plan to update the public in a central northeast, multi-neighborhood forum sometime this summer, possibly in July. Look to the Central Northeast Neighbors website for announcements regarding the investigation plan, and for the date and location of the forum. Until the forum, look to the joint DEQ/Oregon Health Authority (OHA)/MCHD website: <http://saferair.oregon.gov<http://saferair.oregon.gov/Pages/index.aspx>> and for more information this multi-agency report: <http://public.health.oregon.gov/newsadvisories/Documents/se-portland-metals-emissions-physician-guidance.pdf>.

Portland State University, the city of Portland and Multnomah County announced plans to spend $125,000 on a two-year study of the city’s toxic air pollution.

Following the February meeting at Tubman, we have continued to follow the story of air quality in regards to the neighborhoods part of Central Northeast Neighbors.

Thus far, the greater attention has been on the neighborhoods in North and Southeast Portland affected by Bullseye Glass and Uroboros Glass. As local and statewide attention has turned to these two plants, the state’s Department of Environmental Quality (DEQ) has been struggling to keep up with increased interest in air quality.

Moss testing has known for years to be an effective test for air quality, but Oregon DEQ described it at community meetings as an innovation they have struggled to keep up with. Oregonlive’s map shows 3 major hotspots in the CNN area. While the Owen’s Brockway glass plant off of Killingsworth and 92 doesn’t make colored glass, a process that used cadmium at other plants, CNN residents are still concerned about arsenic and other metal pollutants found in the neighborhood. Portland State University Professor Linda George suggests that one option for concerned residents could be testing their soil. Anyone who does test their soil should share their results with her and the DEQ to determine if further tests in the area are needed.

CNN will continue to track the issue and offer updates as they are available. CNN neighborhood leaders are in communication with local agencies and Cully leaders sent a letter to the Governor to take action.

The Oregon Health Authority (OHA), Department of Environmental Quality (DEQ), and Multnomah County Health Department (MCHD) are working to investigate concerns about arsenic levels in five Portland neighborhoods. Carcinogenic metals were found in tree moss around Portland, with cadmium found near stained glass manufacturers Map. The map shows 3 hotspots in CNN neighborhoods. The most concentrated sits in Rose City Park around NE 52nd Ave.  Another is based along Sandy Blvd. and I-205 by Sumner. The last is on Columbia and NE 52nd largely in the Cully Neighborhood.

Both glass factories identified as potential sources of carcinogenic metals have voluntarily suspended use of cadmium and arsenic. Both companies were complying with legal regulations, but changed their practices once the information emerged. The state DEQ has released a Frequently Asked Questions sheet to help give more information, and a new group the Eastside Air Coalition emerged in response to the high levels of toxic metals discovered. They are visiting different neighborhood associations to talk about the concerns, and you can learn more about their upcoming activities on their events page. Neighbors for Clean Air-What’s in our Air has been actively working on community advocacy and policy to improve air quality in Portland for several years now. Also, The Cully and Rose City Park Neighborhoods are investigating and discussing the recent concerns at their meetings and plan to take action. 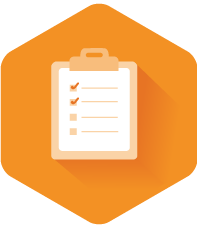 Are you aware that ONI has a tool that allows you to sign up and receive news and information to connect the people of Portland with opportunities for engagement around City decision making and public policy, community livability and safety, and promotion of networking and collaboration among communities and neighborhoods?

This service is known as ONI Notification and I’m sure some of you have been past subscribers. You are receiving this message because whether or not you are a past subscriber or someone who has not yet subscribed you will need to go through the subscription process if you want to receive these updates.
Back in December there was a problem with the City’s news subscription service. A result of this technical issue was the loss of all users that had subscribed to receive news updates from our ONI Blog (Neighborhood News/ONI Notification) At that time we had approximately 2000 subscribers. So what this means even to those of you that had subscribed in the past is that you will need to re-subscribe!

The subscription service allows you to receive daily, weekly or monthly updates from the City regarding a number of different categories of City related news.
So if you are interested in receiving notifications from ONI via this subscription service follow these steps:
 Go to the City website at www.portlandoregon.gov and click “Sign In” in the upper right hand corner of the screen.
If you already have an account, sign in with your user name and password (if you can’t recall your password there is a password remind option you can click). If you don’t have an account there is an option to create one.
 Once signed in, scroll to the very bottom of the screen and click the “Subscribe” link under the Access header and then you will see a pop up box where you can select any of the category types of updates you would like to receive. 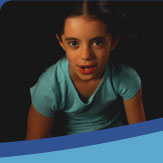 Forum on Houselessness-Community Report Back

Community questions, comments, and concerns/Notes from the April forum: http://nwnw.org/homelessness-report/ 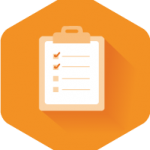 A Home for Everyone Plan and Houselessness Toolkit 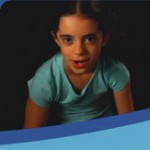 Portland Launches Houselessness Initiatives and Online Toolkit
Are you wondering what is being done to help people experiencing houselessness? A Home For Everyone, is the plan that is now out by the City, County, and Homeforward. To learn more about the latest resources, visit the Mayor’s Office online homelessness toolkit. 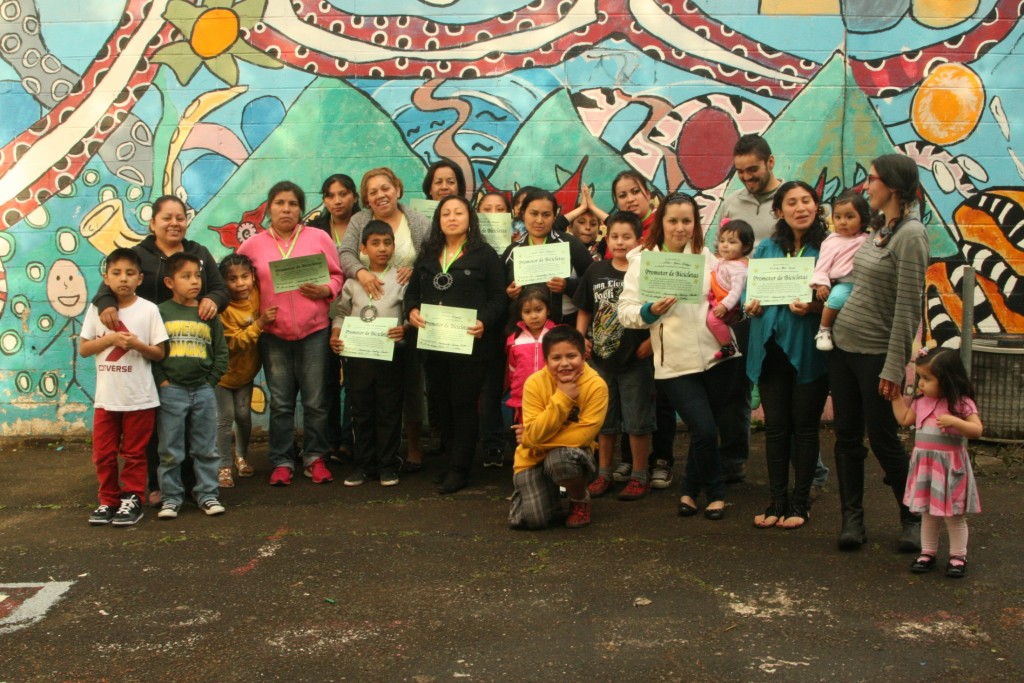